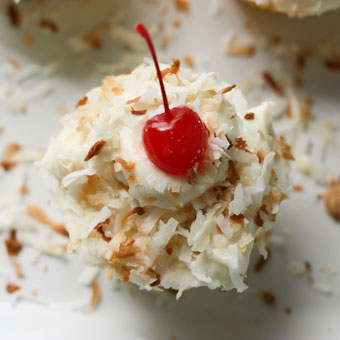 There are a few flavor combinations that I simply cannot resist, and one of them is the Pinà Colada blend. Pineapple and coconut? Sugar……yes PLEASE! Piña is Spanish for pineapple and piña colada literally means strained pineapple. Did you know that? Most people think that colada is Spanish for coconut but it’s not. Just a little fun fact there.

Really, I love coconut on anything and everything and could make myself sick on a Mounds or Almond Joy, should I choose to ignore my diabetes, which I don’t, but that is how powerful my love is. Don’t even get me started about pineapple because I can eat a whole one by myself. I’m not proud of the gluttony …but we shall never speak of it again, k? It’s real and it’s deep. I’ll admit it, I am addicted to sugar and it’s a terrible, terrible thing for a diabetic but this is harder to kick than anything in my life. It’s an addiction and I need an intervention. A sweet one. Moving on…. 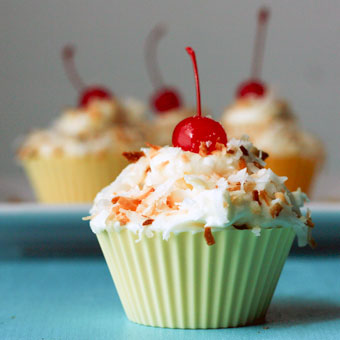 My daughter Sky is the creator here, she researched the recipe, made the cupcakes and took the pictures. The only thing that I did was to toast the coconut in the oven for her and write this post. She’s becoming a foodie and I couldn’t be happier.

I have three daughters, one brunette, one blonde and one redhead – all born on a Friday. Weird, huh? I didn’t even plan their births, it just naturally happened like that, although I did name them all after an element in a different kind of way. Chelsea is water (a port in England)  – Mariah is the wind (from Oklahoma) and the third….well her name is Skylar Brooke so you have that. Just as different as their hair color is their individual relationships with food.

My eldest (who is 26) had no interest in cooking, at all. She never wanted to help make cookies or bake a cake and peel some taters for me? Forget about that. It wasn’t until she got married that she called and asked me to teach her how to cook because her husband had been raised on casseroles, LITERALLY. Now she knows a lot of my secrets and was bequeathed my original Kitchen Aid stand mixer. She earned it.

My middle child (who is 20) also had no interest in kitchen related events and when she tried to make a pizza or put something in the oven, she would drop it when she pulled it out every single time. It’s a running joke here because it happened so much, and I banned her from oven use because that is such a pain to clean up, and let me tell you this: every pizza she dropped? Yeah, they always landed upside down inside my oven door. Yep. Every.Single.Time. 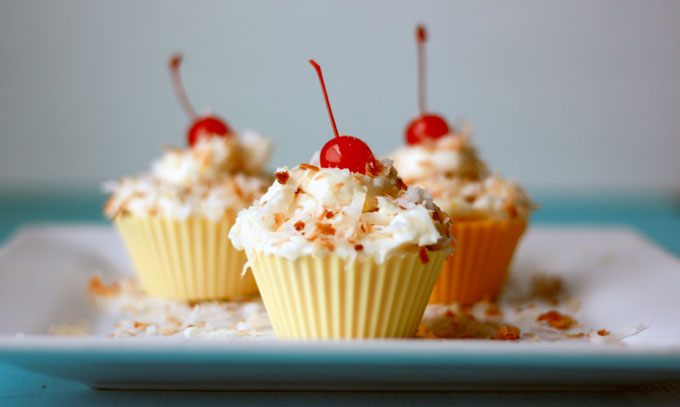 Now my youngest child (who is now 12) beats me to the kitchen at the mention of food. She loves to bake and help peel or chop or clean up – she loves it all. There’s my kid. The eldest may look like me, but the youngest is a mini me, although I don’t know what happened to Jan Brady because she acts like I am going to boil her in oil if she’s in the kitchen with me. Kids are funny, aren’t they?

The cupcake recipe is another version of the batter I have used for the Dreamsicle and Pink Lemonade cupcakes, originally from Simply Gluten Free. The batter just can’t be beat. The pineapple filling and the frosting was adapted from Life Made Simple.