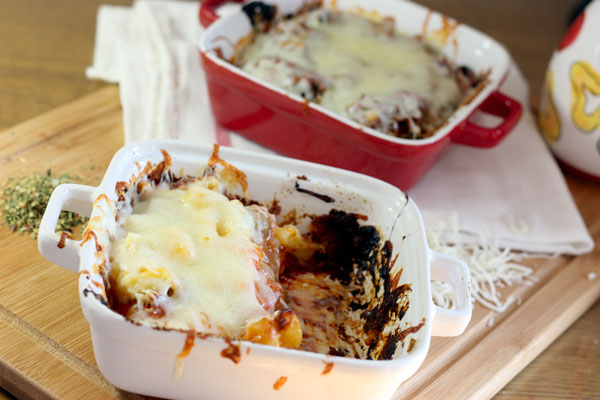 It’s not a secret that the one thing I missed when going gluten free was pizza. I love pizza. I could probably eat pizza every single day. When I started college in 1995, outside of my algebra class was a pizza wagon and I would buy a slice for lunch almost every day. I always spread out my math classes across the quarters, and I think that this was the real reason I did so: the pizza wagon.

I’ve been to La Rosa’s and had their gf pizza and I’ve picked up the take and bake gf pizza from Donato’s, but found the crust too chewy and my craving just not satisfied. I mean, they are both very good, but I’m dreaming of a Pizza Hut pan pizza with sausage and pineapple with extra, extra cheese. Life just wasn’t the same without my pan pizza Friday nights so I set about recreating a good pan pizza that I could share with my readers.

It’s no secret that I like kitchen shortcuts, and recently at Aldi, I found a gf pizza crust mix and thought I would give it a try. One of the things that make pizza so hard is the dough – without the gluten, the stretch isn’t the same so getting it on a pizza stone was difficult so I got on the internet and found a great recipe! It’s called “Bubble Up Pizza” from Gluten Free on a Shoestring, but I used the Aldi brand pizza dough to cut down on the time for the dough preparation and rolling balls is much easier that stretching into a pizza shape. Go check it out, I’ll wait.

Back? Okay – as I was saying: the Aldi brand pizza dough was pretty good, if I say so myself. I followed the directions on the box, let the dough rise, then rolled the balls out and layered with sauce, cheese, Italian sausage and some pineapple on one and just sauce, Italian sausage and cheese on the other – in that order. The trick is to put a light layer of cheese on top, bake it for 8 minutes, add the rest of the cheese and pineapple and bake for an additional 3 or 4 minutes until the cheese is melted and bubbly. After those first 8 minutes, it looks like the picture from GFOAS, but we wanted more cheese and loaded it up!

I didn’t get any before pictures because it was dark, but mine looked like hers until I added 40 pounds of cheese on top of them. When you dish it out, it’s almost like serving cheesy meatballs and I had to use a large serving spoon because a turner/spatula (depending on where you’re from) couldn’t hang on to the balls and they went everywhere when I lifted them from the pan and the cheese strung. Oh my goodness this pizza is super quick and easy and so good! The Aldi pizza dough wasn’t chewy at all and baked up really light and it was just impressive!

Here is the recipe from the GFOS blog. Just follow the instructions on the gluten free pizza dough box and assemble the way you like it. Put some sauce in the bottom of your baking dish too to prevent the dough from sticking and you’re golden. It’s not a Pizza Hut pan pizza, but I’m happy with it. If you make it, please let me know because I would love to know how it turns out!