Today I am celebrating the release of my new site design, so just for you I put together a brand new recipe. I give you Dreamsicle Cupcakes! 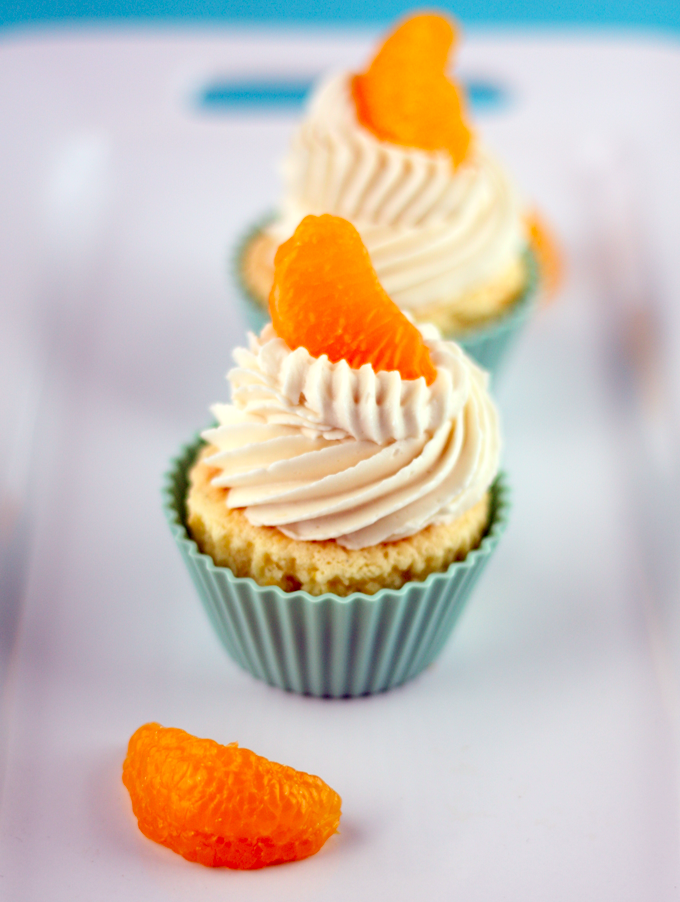 The last cupcake recipe I posted was for Gluten free Pink Lemonade Cupcakes and I liked the way the cupcakes were fluffy and tasty with the addition of lemon juice, so I got into the kitchen and tried it with orange juice and they are just as tasty!

I did change the icicing, because I felt it wasn’t creamy and thick enough, so without further delay – I give to you my brand new gluten free recipe: Dreamsicle Cupcakes! Enjoy!

!Cupcakes
Preheat oven to 325 degrees. Line a standard muffin pan with paper liners.
Separate the egg whites from the yolks putting each into a large mixing bowl. Beat the egg yolks in a mixer, preferably fitted with a paddle attachment, on high speed for 5 minutes or until they are lemony yellow in color.
Zest the orange then squeeze the juice. You should have ¼ cup of orange juice, if not add a little water to make ¼ cup total. Add the orange jest, juice and salt to the egg yolks. Mix to combine. With the mixer running on low speed, gradually add ½ cup of sugar. Beat the mixture on medium speed for 4 minutes or until the mixture has doubled in volume. Turn the mixer to low and gradually beat in the flour. Mix until just combined.
Beat the egg whites on high speed with the whisk attachment until foamy. Gradually add in the remaining ¼ cup sugar. Continue to beat until glossy and stiff peaks form. Fold half of the egg whites into the egg yolk mixture then fold in the remaining whites. Fold until the mixture is no longer streaky. Put the batter into the muffin cups. Bake for 30 – 35 minutes or until the tops are lightly browned and spring back slightly when touched. Remove from the oven and let cool in the pan for 5 minutes. Remove to a wire rack to finish cooling.
!Frosting
Zest and juice the orange – you should have approximately ¼ cup of lemon juice.
Beat the butter and shortening in a mixer, preferably fitted with a paddle attachment, until creamy. Add the orange juice, salt, 1 cup of powdered sugar and the heavy whipping cream. Beat until smooth. Add the remaining powdered sugar and beat until combined. Fold in the orange zest.