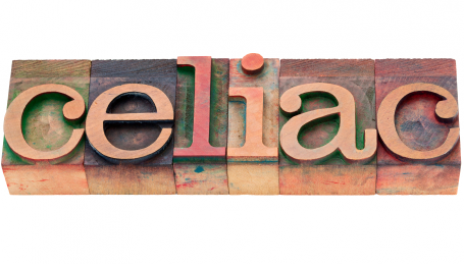 I want to start this post first by saying this: I don’t want to be gluten free. I don’t want to be a pain in the ass at functions, restaurants or anywhere, for that matter. I am tired of the eye rolls I get and the snarky comments after I say the words “gluten free” and honestly, I don’t ever WANT to say those two words again – EVER. I don’t like not being able to go to a cookout and eat hotdogs on soft buns, I don’t like going to events and NOT having a beer, and most of all, I don’t LIKE that I can’t go through a fast food drive thru, I don’t like that cooking is a major thing and I don’t like that the media has reduced these two little words to equal bullshit. That’s right. Thank you for this: gluten free = bullshit. Thanks for that. It makes it harder for people to understand, and harder for them to even care. I was told that a certain restaurant would NOT make exceptions or substitutions based on my dietary needs. I’ve been told “oh, just a little won’t hurt you – quit bitching” and I have also heard “I’m so tired of your gluten free shit – I don’t even care anymore.”  My favorite?  “Oh, it’s just a little diarrhea, just take some Immodium.”

My symptoms are more than just stomach issues, more than just a headache and more than I can bare anymore.  It’s so hard to explain to folks that I’m really not making this up and it’s so hard to convince my family that it’s a genetic thing and they should be tested. I’ve tried, believe me, I have tried to let them know how sneaky this disease is and how it’s really a major thing, to no avail. So, since my family won’t listen, and some of my X-friends are jerks (I have no use for assholes), I have decided to tell you, the internet, how this disease affects me. Here we go:

When I get “glutened” (a term used to mean I ate some gluten and it’s now in my system) it takes a week and a half to two weeks to get completely clean again. That’s if I do NOT leave my house and eat only what is grown in the ground. Period. Meat isn’t even a safe bet so I have to cook EVERYTHING I eat, or I go without. That means no pizza, no burgers no anything that I don’t make myself. Oh joy. I miss the convenience of shitty food – I really do.

When I get glutened, my head fogs up like San Francisco. I mean, I can’t remember where I am driving to, what I am doing, and it’s really hard for me to work at anything other than mindless physical chores. Can I help my daughter with her homework? No. Can I remember why I came into the living room? No. Do I have the attention span of a …. OMG look how pretty….la la la…. Really. It’s that bad.

When I get glutened my skin itches. I have patches on my wrists and feet that itch so bad it makes me want to cuss, like a sailor.

When I get glutened, I cuss like a sailor. Why? I don’t know but I’m guilty of using f-bombs like commas people. I mean BOMBS! I don’t know why, but I am sure it’s related to the next point, so keep reading.

When I get glutened, I cannot control my anger. Period. I have to close myself in my bedroom, just so that I don’t say anything I will regret later or hurt my family. Why? Because my anger gets so bad – I turn into a psycho. A very violent, psychically challenging psycho and I can tell you from experience that I can take down a large man. Don’t believe me? Well, I’ve done it and I fear that some day I may hurt someone. That bitch at the grocery store? She’s going down. That guy that cut me off? He’s going down. That asshole who lives to confront people? I’m gonna beat his eyes completely shut.  I’ve been in more fights than a normal person, and spent my alcoholic years bar brawling – and guess what? I’m good at it. It got to a point where I actually enjoying beating the shit out of people. That’s not normal.

When I get glutened, I go C R A Z Y. I am unreasonable, angry, fear that everyone is against me and need either medication or a stint in a facility where I can’t hurt myself. Yes. M Y S E L F. I’ve tried to commit suicide more than once, and have almost succeeded twice. Why? Because the depression, despair and pain won’t let up – it just gets worse. Oh and try to drink my problems away? The beer is made from guess what? Barley – and barely is what? Gluten. Alcoholism to medicate my pain, alcoholism to make it worse. Vicious cycle.

When I get glutened, I get headaches. And not your run of the mill “I had a headache this big…” kind of thing that Excedrin can knock out but the kind that make me nearly go blind and throw up. Migraine? No, they are not migraines. They are giant muscular charlie horses that just so happen to be in your head. Your entire head. The whole thing. Good luck getting to the hospital for a few shots of cure when you can’t drive and throw up at the same time. Been there, done that, got a t-shirt.

When I get glutened, I am an insulin dependent diabetic. Humolog with a 10 carb to 1 unit ratio and 20 units of Lantus at night. Guess what? I’ve been completely off of both insulins for 28 days people. 28 days as of yesterday. Now, I’m not talking about a diabetic holiday, I’m talking about an emergency room visit because I couldn’t get my sugar up past 34. I am no longer a diabetic – and before anyone wants to argue how that’s not possible – let me just tell you that I have P R O O F! Even the emergency room doctor could not explain it. Her only response? You’re healing your [Celiac] disease. Keep doing what you’re doing because there isn’t anything I can come up to explain it. WHAT? I’m still in shock and I’m still checking my sugar like a mad man – but it’s true. I am no loner a diabetic. Marinate on that for a minute.

When I get glutened, I have a weird auto immune disease that attacks my thyroid called “Hashimoto Tyroiditis” and a goiter to go with it. Do you know how a thyroid problem works? Well, there is something wrong with your thyroid, but with Hashimoto’s, there isn’t anything wrong with your thyroid at all. Your body wants to kill it – kill it dead. I have all of the symptoms with a thyroid problem, have to take medication and even lived with a huge neck for a while, but you know what? There isn’t anything wrong with my thyroid. I am now on the lowest dose of synthroid I’ve ever been on and have the neck of a woman now. Auto Immune Diseases Suck.

Having Celiac also blesses me with some delightful symptoms that are just there because of the gluten build up too – let’s not forget those lovely little things such as: early menopause, crying spells, loss of hair, blurry vision, painful periods, night sweats, nightmares, acid reflux and so on. These symptoms no longer exist in my life anymore since I went, you know….(don’t say it out loud!)…gf.

Do you know what it’s like to be crazy, depressed, hungry and stupid at the same time? I was a mess, but doctor after doctor treated my symptoms, not the disease. Why? Because Celiac disease was not something heard of back in the day. I was literally starving to death in front of my parent’s eyes. Don’t believe me? Get a load of this: 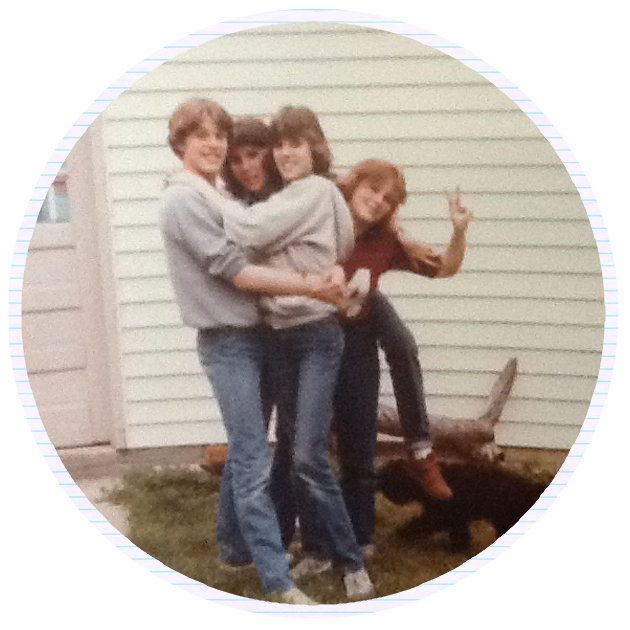 Excuse the grainy – really not a digital photo – but see that skinny girl up front? Yep. That’s me. Do you even grasp what it was like going through high school like that? Back then, there wasn’t sizes ranging from zero to “I think I ate a raisin – PURGE” – only boy’s jeans. Because they were long and even they were still too short. A nutritionist once told my mother that I was secretly starving myself and suffering from Anorexia. She also recommended that I drink 3 Carnation Instant Breakfasts a day to get extra nutrients. Of course, my Mom bought it – but you cannot absorb nutrients with Celiac disease. That’s what it does – it prevents you from getting everything necessary to stay healthy and grow up big and strong like all good boys and girls.

You see, I’ve had this disease for a long, long time. Probably since birth. And I am not crazy, sad, depressed, angry, vague, foggy or dumb anymore – because being gluten free (there go “those” words again) is saving my life. SAVING it. I’m not fad dieting, I’m not bandwagoning (is that a word?) and I don’t care what has worked for the handful of folks who think they know what I should be doing – I’m surviving. Peacefully, gracefully, happily with dignity and mindfullness – and avoiding anger, bread and beer. I’m battin’ a thousand here – and hey, I’ve been around the world twice and have spoken to everyone at least once, but even I am amazed that I’m doing this well. That’s the important thing here: I am getting well, and it feels pretty dang good.

I came across this little graphic one day and thought I’d share – it’s from The Gluten Dude – and not only is it informative – but cute, too! Don’t believe that this disease is real? Check out the info below and try to tell me different. Go on. I dare you.