You are here: Home / GFFavs / Bacon and Cheddar Frittata Cups 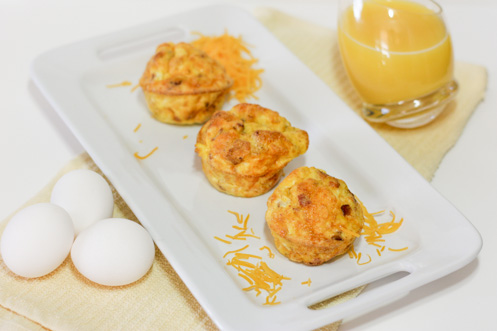 Saturday mornings around here are a special time for me and my kids, it’s a tradition we started way back. Every weekend it’s the same conversation too – what to make for breakfast. Sometimes it’s quick and easy eggs and toast, some times it’s biscuits and gravy, and some times they just want cereal. Breakfast is like that – everyone has input.

As for dinner, you just never know what they will want, but one thing we always agree on: BRINNER!

What is brinner, you ask? It’s breakfast for dinner! Get it? Brinner. Actually, that came from Scrubs, a sitcom that I used to watch with my oldest girl, but we’ve adopted it and so it’s ours. Now, it can be yours, too! Yay! These bacon and cheddar frittata cups are so good! I mean really, really good!

[Tweet “Get you brinner on with these easy, cheesy bacon cheddar fritatta cups!”]

It doesn’t matter what day of the week it is, if I tell them we’re having brinner, they know what we’re having – it’s usually these frittata cups, bacon, biscuits and gravy or hash browns. It’s our brinner menu every time. I’m not even sure how this recipe became synonymous with brinner, but it did and if I even try to give them anything else – they rise up and it ain’t pretty :0

The best part about this dish is that it’s so easy to make and it takes no time at all to prepare – the longest part is cooking the bacon and I’m just saying that because it takes incredible control for me to cook bacon and not eat it, although I remember this one time that it didn’t make it into the recipe, but I just substituted diced tomatoes and fresh basil and pretended that I did it on purpose. All was well. 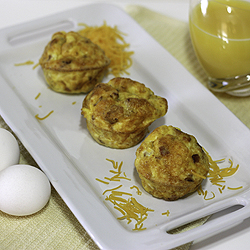